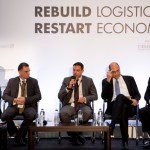 The very successful 19th Panhellenic Logistics Conference took place on Friday, 20/11 and Saturday, 21/11 at the Zappeion Hall. This year’s event touched the highest level both in terms of organization and topic discussion, including the speakers, the general participation and the quality characteristics of the participants. Particularly encouraging was the participation of the State through the competent bodies. More information can be found in the press release of EEL (PRESSFINAL_19thPANHELLENICLOGISTICSCONGRESS).

SARMED, who is consistent in all events and activities that promote Greek Logistics, participated not only as a sponsor but also had an active participation with its executives: Yiannis Sarantitis (Deputy Managing Director) in the panel discussion on the role of Logistics investment and restart of economy, Dimitris Kympizis (Operations Manager) presented a case study on sustainable growth with the use of LED technology, and Babis Siaflas (Logistics & Commercial Director) participated in the general organization of the conference as a member of the board of EEL. 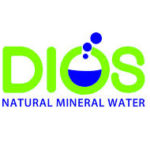 SARMED announces its cooperation with another company from the beverages industry, expanding its portfolio of clients. Specifically, SARMED is currently responsible for the transportation, distribution and storage of DIOS mineral water for Mentekidis SA ensuring the right conditions for safe transportation, maintenance and storage of products in the company’s warehouses.

June 2015 | Cooperation with Autohellas, official representative of SEAT in Greece

SARMED is pleased to announce its cooperation with Autohellas, member of Vassilakis Group and official representative and distributor of SEAT in Greece. This collaboration confirms the confidence Vassilakis’ group has towards SARMED’s services, as it takes on the integrated provision of transport, storage, technical service and distribution in the official dealer network of Autohellas for all imported SEAT vehicles (throughout Greece). 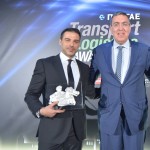 Three prizes were awarded to SARMED at the ceremony of the Transport & Logistics Awards 2015 highlighting the best practices and innovative applications of commercial enterprises, industries, 3rd Party Logistics companies, ports and other transport infrastructure. SARMED was the big winner of the evening as it received the most awards in total, including the “Award ILME- Project of the Year 2016”, which is also a passport to the International Awards of Excellence “European Gold Medal in Logistics & Supply Chain”.

The ceremony attracted 350 high ranking executives from the largest companies related to the transport and logistics industry in our country demonstrating the dynamic of this event in the field of Transport and Logistics.

More specifically, the awards nominated to SARMED were: 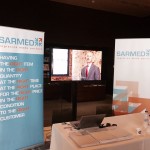 The 11th Conference of ECR Hellas entitled “Approaching the new reality,” with the participation of more than 600 executives from the retail and industry field, was held on May 12th at the “Antigone” hall of the Cultural Centre “Hellenic Cosmos”. SARMED participated as one of the sponsors plus while members of the company participated in the conference highlighting the importance of the logistics industry as a whole in the economy but also in retail. Those who attended were informed of all the new trends adopted by the retail industry, such as product innovation, modernization of production units, including the focus on technology and Corporate Social Responsibility. 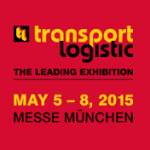 SARMED was present at the largest exhibition in Europe regarding transport logistics.

Yiannis Sarantitis (Deputy Managing Director), Babis Siaflas (Logistics & Commercial Director) and Dimitris Karagiannis (Logistics Operations BU Director) attended from SARMED among other executives of international companies from around the world, discussing the latest developments in Europe and Greece for logistics.

The Transport & Logistics Exhibition is the largest event for the supply chain sector which takes place every two years in Munich. In the framework of the event, the latest technological innovations were exhibited on vehicles, industrial machinery, software and telematics, integrated service solutions, while thematic

ARMED sponsored one of the largest conferences in the field of logistics titled «Solutions II» which was conducted by the Supply Chain Institute, on Wednesday, April 29. The company’s presence was reinforced with a booth equipped with promotional material while at the same time, SARMED executives held important discussions with large organizations. The conference attracted executives from leading companies operating in Greece, including university professors and journalists. The topics that were discussed focused on a number of methodologies and applied solutions that are able to be implemented by any kind of business.

SARMED took over the transportation of a given category of E.J. Papadopoulos SA products to and from the Thessaloniki area by using the railway network. This action came in effect due to SARMED’s strategic cooperation with TRAINOSE which, apart from the environmental benefits offered to both partners, will significantly reduce transportation costs on the Athens-Thessaloniki axis.

More specifically, SARMED’s technological investment has a dual application. On the one hand, an advanced automated routing system “Dispatcher” minimizes mileage for daily deliveries, which has an evident effect on improving delivery times and reducing the environmental footprint. On the other hand, the confirmation of the delivery system “Proof of Delivery” enables the company and its customers to have direct information on the status of the order and the exact time of delivery in real time.

SARMED adds to its portfolio the world leader in air conditioning systems TRANE, taking on the sole management, storage, distribution and transportation of a wide range of energy efficient heating, ventilating and air conditioning (HVAC) available, while also undertaking the management, storage, distribution and transportation of specialized cleaning materials for Α2Ζ.

SARMED’s blood donation team contributed 31 valuable units of blood this month to help our fellowmen who have immediate need for blood.

The total supply of SARMED’s blood donation team is 182 units of blood, from the first donation to date. 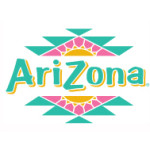 SARMED inaugurated 2015 by adding a worthwhile collaborator to its portfolio from the Food and Beverage industry, the importing company Premium Brands. Specifically, SARMED undertook the exclusive management, storage, distribution and transportation of Arizona iced tea.

January 2015 | Mr. Charalambos Siaflas, new member of the Board at EEL 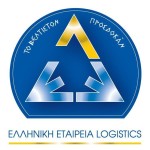 On Monday, 19th January 2015, the Annual General Meeting of the Greek Logistics Association took place. Among the new members of the board that were elected, Mr. Charalambos Siaflas, Logistics & Commercial Director of SARMED, will serve a two year term as a member of the Board with the purpose of highlighting the potential role of the supply chain in supporting entrepreneurship and bolstering the national economy.

You can find out more about which cookies we are using or switch them off in settings.

Cookies are small text files containing information, which are stored on the browser of your computer during your browsing at the Website sarmed.gr and can be removed at any time.

Cookies let you use and improve your experience at sarmed.gr, navigate efficiently between pages, as well as provide advertising content based on your interests and needs. In addition, we use cookies to analyze how our visitors use sarmed.gr, how they navigate or to fix any possible problems as well as to improve the structure and content of our Website.

Strictly necessary cookies are essential to the proper functioning of the Website while they allow you to browse and use the Website features, such as access to secure areas or use of the shopping cart. These cookies do not recognize your personal identity. They are technically necessary for the Website function and you are not able to disable them.

If you disable this cookie, we will not be able to save your preferences. This means that every time you visit this website you will need to enable or disable cookies again.

Session Cookies
Session cookies are temporarily stored on your computer or device during a browser session and are deleted after the browser is closed.

Performance Cookies
Performance cookies collect information about how visitors use the Website, for instance, which pages they visit more often and whether they receive error messages from webpages. These cookies collect aggregated, anonymous information that does not identify visitors. They are used exclusively to improve the performance of our Website.

Please enable Strictly Necessary Cookies first so that we can save your preferences!